David Alexander Elam, Dave Alexander, the Rattler, Mr. Boogie, The Boogie Woogie Man, Omar Hakim Khayyam, Omar Sharriff, Omar the Magnificent, or just plain Omar….these are all names by which the complex man who touched the lives of so many was known.

I am fortunate to have been able to have met and gotten to know Omar Sharriff, and I am grateful for having been asked to speak today.

I am deeply moved by the outpouring of goodwill shown to Omar Sharriff both before and after his tragic death on Sunday, January 8, 2012.

When I first met Omar on March 25, 2010 in Sacramento, California, I found Omar teetering on the edge of homelessness.  His only regular music gig had dried up only a few weeks before my arrival.  He could not pay his bills.  He suffered from multiple medical problems.  He was at risk of being evicted from his apartment.  He looked frightened.

Given what I already knew about Omar’s musical legacy at the time we met, I was deeply troubled by his degree of obscurity and the conditions in which I discovered him to be living in Sacramento.

Subsequently, I was deeply moved by the immense compassion shown by the people of Marshall, Texas when they invited Omar to move back to Marshall to become Marhshall’s Boogie Woogie ambassador and artist-in-residence.

Having personally witnessed Omar’s living conditions in Sacramento, California, I know he had a much better life during what was almost a full year back in Marshall, Texas.  There were many people in California and in Sacramento specifically who had been very good to Omar.  However, if Omar had died in Sacramento in the state of existence that I found him, I doubt anything approaching the magnitude of honor, respect, and memorial that you are bestowing upon him today would have occurred.

The memorial events that are occurring today will help to secure the place in history that Omar Sharriff rightfully deserves.

Despite the tragedy of Omar’s untimely death, such a tragedy has a way of focusing our attention on things we might otherwise take for granted or not have learned about in the first place.

I have many thoughts about Omar.  However, I would like to call attention to what impressed me the most about Omar.

Although I first became aware of Omar because of his reputation as a Boogie Woogie player, what I came to admire most about Omar was his desire to truly be creative, to be innovative, to make new music, rather than merely copy what had come before him.

In 1994, Omar was quoted in Living Blues Magazine.  He said:

“When I play music now, I want to break out of the gravitational pull of what everybody is doing and has been doing for so long.  I give all the great music a long, hard look and bring it into my blues.  I am consistently experimenting to enlarge the way I play.  I don’t think of other people.  I wander through the hallways of my mind.”

But even if Omar did not focus on other people when wandering through the hallways of his mind to create his unique way of playing music, his music was nevertheless very much related to other people, as he also said:

“I’d like for people to understand what I’m talking about with my music.  It’s about life, about real people, about feelings.  I want, even if it’s just for one moment or one beat, to reach them, to find that point of human contact.  I’d like to open people up, to help them find compassion in their souls for their fellow human beings, and to offer help where they can.”

The close of that Living Blues article from 1994 also quoted these words by Omar:

“You know, Jesus said you should love the lord and love your neighbor as you love yourself.  And Muhammed said mankind is one and God is one and we are all brothers.  People today have forgotten these teachings.  I want to cry out, “Stop hate!  Stop violence!”  I agree with what Jack Kennedy said, that if we don’t live together in peace, we will perish together in flames.  I’d like to send a message of love and hope.  That’s what my music is about.  I hope people will hear.”

Even though he is physically no longer with us, Omar left behind something that is immortal, namely his music.  As long as we choose to remember, Omar’s music will live forever.

Nothing can take away that beautiful legacy that Omar Sharriff gave to the world. 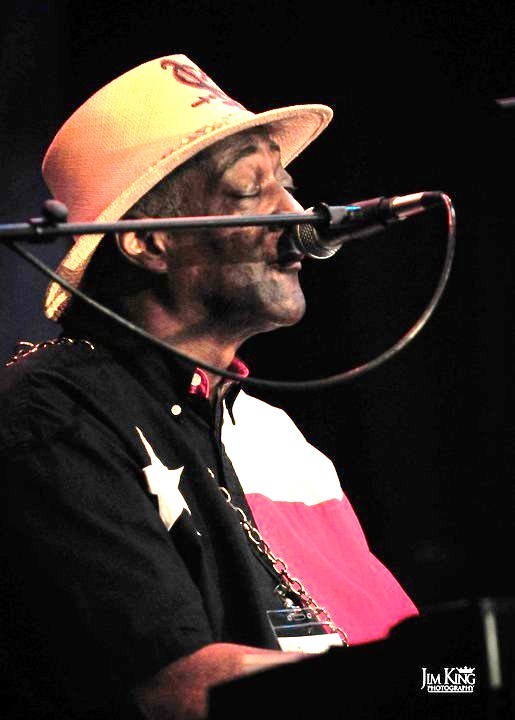